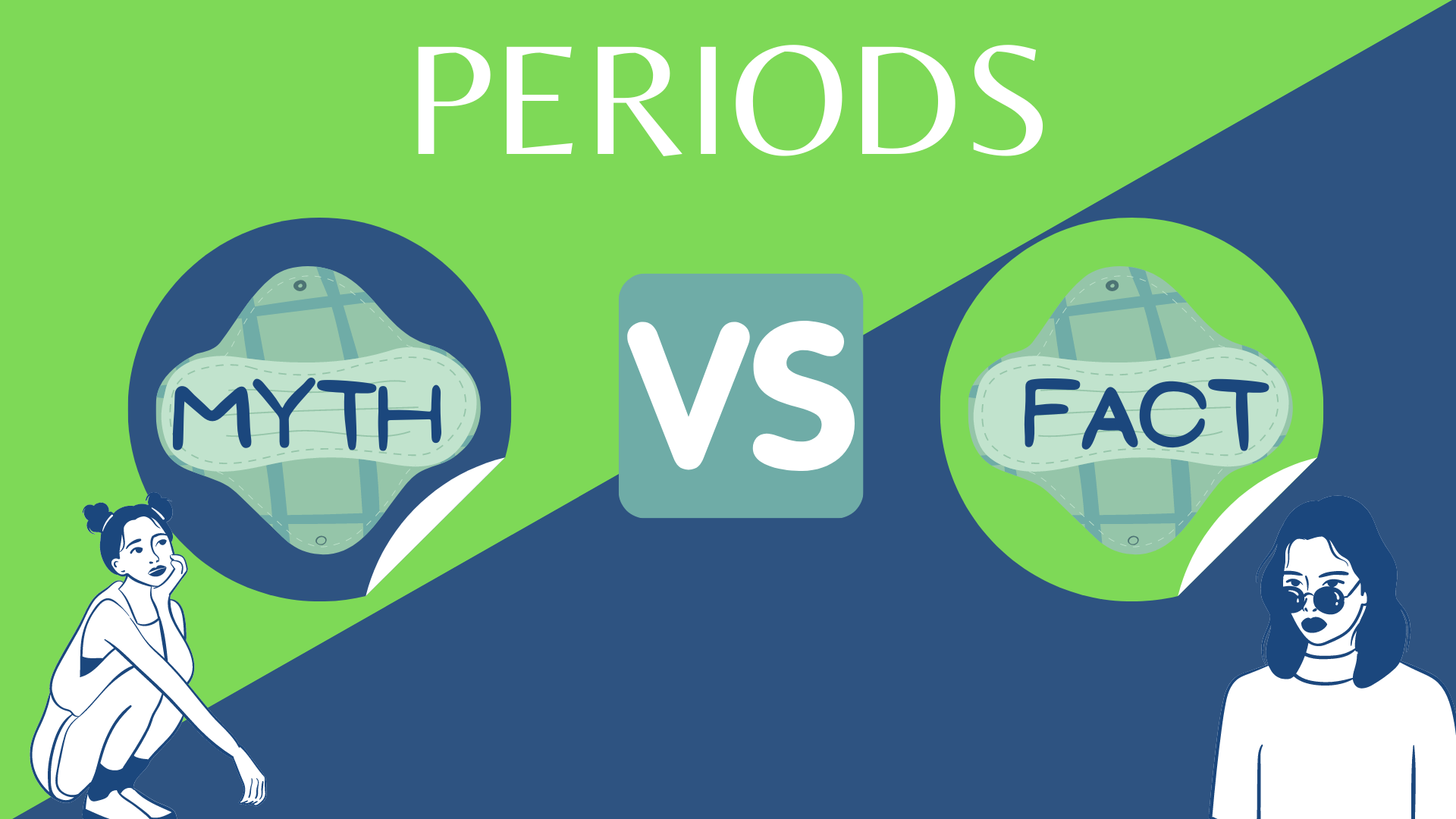 Have you ever been given a list of the things to do and not to do during your periods?

Do you also get guidelines to live your life a certain way just because you are menstruating?

Have you questioned it?

Or you have believed everything that is said to you?

Well enough questions, period myths in India are very common and the topic itself is considered taboo till date.

And this network of taboos has become so strong and it has been engraved so deeply in our minds that we have stopped questioning.

Here, in this article, I am going to debunk the illogical myths once and for all.

FACT– Your period is a natural physiological occurrence. It’s our body’s preparation to create a new life. If our mothers did not have her menstrual cycle, probably we would not have been born.

From a very young age, girls are made to believe that periods are something that should be kept hidden from everyone. As a result, many women and girls are ashamed of talking about it.

They feel embarrassed while buying a sanitary pad for themselves.

I swear it hurts me to no end.

I mean why do you have to be so ashamed of something so natural.

In my school, every month there used to be a session where a gynaecologist would come and educate us about menstruation.

But do you know the twist?

Only girls were invited to that session and after returning to the class all I can remember is whispering going on among boys and that awkward look which we exchanged.

Can you imagine the impact it would have had on 12-13-year-old kids?

It is really disturbing.

So what is the solution?

If you are a mother of a boy, teach him.

Let him know about periods, what a woman goes through during this time.

Explain the science behind menstruation.

You know it is important to teach our boys at a young age so that they can become a gentleman in the future.

If you are a mother of a girl, make sure that you and your partner together make her understand how her body is going to change, what is the science behind that, and assure her that you both are there for her. In case of any problem or discomfort, she can go to either her father or to you.

Whenever you are at the store to buy a sanitary pad and the shopkeeper tries to wrap it in the newspaper, ask him to stop right away. Tell him that we are not carrying a bomb and so we don’t need to hide it.

This is something which I have done once and believe me it will make a difference.

FACT– 40-50 years back there were no personal bathrooms and proper sanitation system. Women used to bathe at a common pond. So when a woman was on her period, she was restricted to come to the pond and bathe with other women.

Slowly this became a superstition that some people still follow.

Nowadays this is rare.

But Yes, there are some places in India where girls are restricted to take baths during menstruation even today.

A girl needs to take care more of her intimate hygiene during periods.

Not taking a bath is absolutely illogical and doesn’t make any sense.

Myth 3- You should not pray or enter the temples

FACT– In earlier days women were restricted to enter a temple. They had their reasons and according to their situation, I think they were also correct. But over time those logical reasons became superstitions.

There were no sanitary pads and maintaining hygiene was difficult at that time and that was an issue.

During menstruation, the flow of energy is downwards and praying increases the energy in an upward direction.

There were no transport facilities and temples were far away from their homes. So a woman was advised to rest at home.

Now, the time has changed. We have sanitary pads, menstrual cups and so many other products that help to maintain good hygiene during periods.

So there is no reason that anyone should stop you from praying or entering a temple.

God made this body and god does not discriminate.

Myth 4- You can’t enter the kitchen

FACT– The lifestyle of a woman 50 years back was not the same as it is today. Nowadays we are equipped with automated appliances, have house help available and comparatively, we have a much comfortable life.

Back then a woman used to cook for 10-15 people, look after the livestock, and had many other physical activities. During her period a woman wants to rest and relax. So to protect her and give her that much-needed break she was restricted to cook or enter the kitchen. Somebody else used to cook for her, serve her, which would not have happened otherwise.

But over some time due to ignorance, it became a discriminatory process.

There is nothing impure about periods and there is no reason why a woman should not enter a kitchen.

FACT– This is a very common myth that has no basis.

This sounds nonsensical to me and I wonder how some people are still following this religiously even today.

It is believed that sour food can disturb your menstrual flow but the fact is that the food you eat does not decide the flow of your periods and touching pickles will no way spoil them.

This is absolutely laughable and illogical.

PMS stands for premenstrual syndrome and it is a REAL condition. Although the severity may vary, almost every woman suffers from PMS. The symptoms of PMS include:-

About 5-8% of women suffer from severe PMS known as PMDD which needs medical assistance. The symptoms of PMDD include:-

Myth 7- You can’t do any physical activity

A good sweat session after an exercise helps to elevate mood. It is due to the happy hormones that are released during exercise.

It can help you to relieve menstrual cramps and PMS symptoms. There is no reason discovered till now which goes against it.

You should remain as active as you can. Exercising is absolutely safe and has no side effects.

FACT– It is very naive to say that menstrual blood is impure.

Neither the blood nor the process is impure.

It does contain cervical mucus, vaginal secretions, and endometrial tissue but it is the same as the other body part’s blood. The only difference is that it comes through the vagina.

Even I used to think the same until I was old enough to understand.

Every month the uterus prepares itself for pregnancy, in case that doesn’t happen the whole preparation goes to waste and the inner lining is removed through the process of menstruation. The point is if that blood is impure, why is it there to nourish a growing fetus?

This is absolutely ridiculous to call periods impure because then the birth of every individual is impure.

Myth 9- You can’t get pregnant during periods

FACT– Though the chances are slim but it is possible to get pregnant if you have unprotected sex during periods.

Especially if you have irregular periods, your menstrual cycle can be unpredictable.

The sperms remain active for up to 5 days and if the ovulation occurs a little early, be ready to get a surprise.

Periods are just nature’s way of saying that you are growing up, you are capable of bringing a new life into this world.

There is nothing impure about periods, the impurity is in the mindset of people.

Next time anyone restricts you from doing anything just because you are menstruating, question them.

If they fail to satisfy you with their answer, just don’t listen to them and give them these logical reasons.

I don’t know how many years it will take for our society to normalize this topic but until then we should not stop from doing our duty. If we want to change society, let that change start within us.

On my part, I have done my job by putting up this article for you. Now it’s your turn to contribute.

A small action when done in large amounts can bring all the difference.